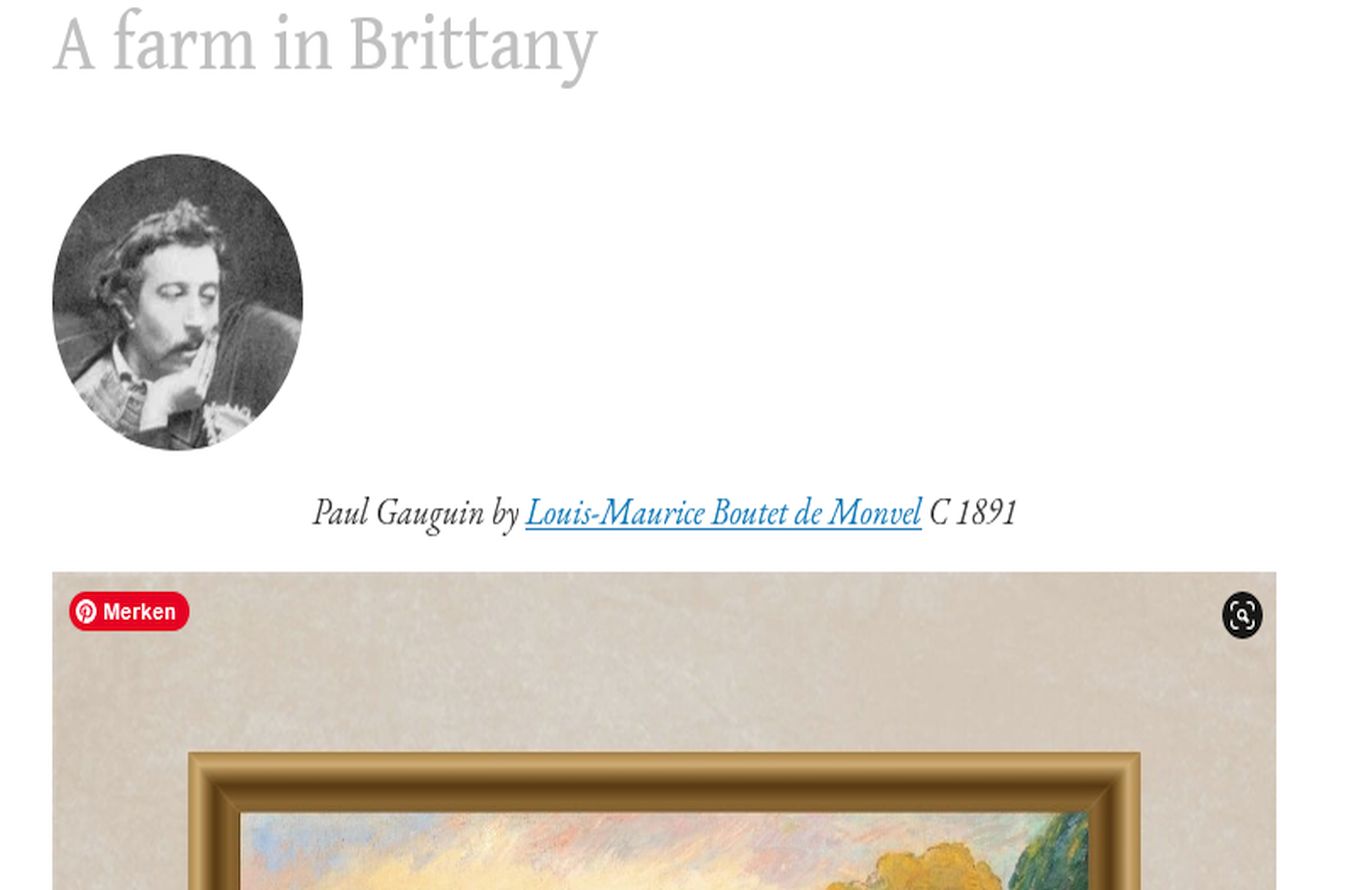 aul Gauguin (1848–1903) was a leading 19th-century Post-Impressionist artist, painter, sculptor, printmaker, ceramist and writer. His bold experimentation with color directly influenced modern art in the 20th century while his expression of the inherent meaning of the subjects in his paintings, under the influence of the cloisonnist style, paved the way to Primitivism and the return to the pastoral. He was also an influential […]